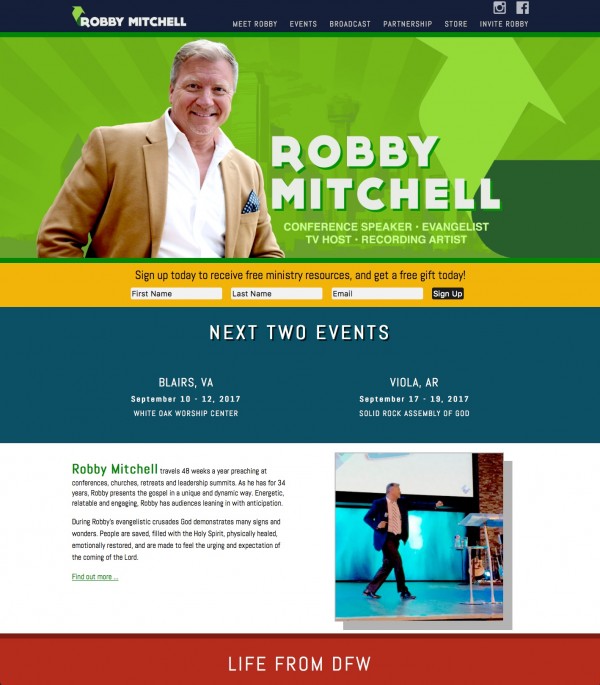 Evangelist Robby Mitchell has been preaching the Word of God all over North America and across the globe for over 26 years. He spends 48 weeks a year holding revival crusades and bringing the Good News of God's love to thousands of hungry souls. In his evangelsitic crusades God gives many signs and wonders. People are saved, filled with the Holy Spirit, physically healed, emotionally restored, and are made to feel the urging and expectation of the coming of the Lord.

Robby Mitchell Ministries reaches the world with a weekly, International television broadcast. He can be seen across the nation on SkyAngel and Dish Network's Angel One as well as across Canada to over 18 million homes.